A Season in Review: Were the Red Devils as bad as everyone says? 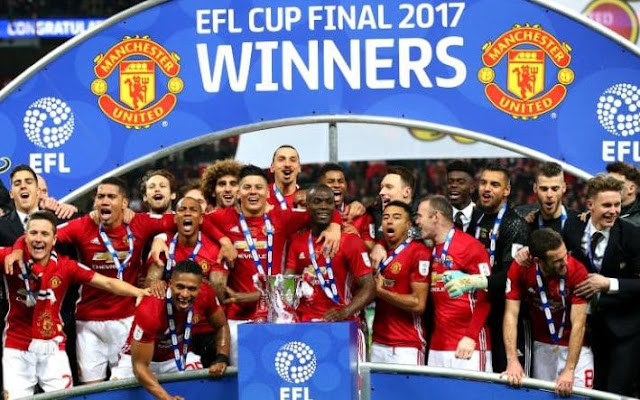 For most United supporters as well as the football world at large, Manchester United claimed top spot for underachievers of the season. With the arrival of Jose Mourinho at the healm, and top transfer signings such as Ibrahimovich, Pogba and Mkhitaryan, most expected the Red Devils to be title contenders in the Premier League. Mourinho's side fell well short of this expectation, having ended the campaign in sixth place, with the most draws out of every team this season. Furthermore, they recorded a series of disappointing results, including home draws against Burnley, Hull City, West Brom, Swansea City and West Ham United, not to mention a 4-0 thumping at the hands of Chelsea and an away loss to Watford. On the other hand, United had a good showing in the EFL League Cup. Although it may be a trophy regarded with less esteem, victory over Manchester City and a hard-fought triumph over Southampton in the final meant United won the trophy in style. Probably one of the most
Post a Comment
Read more

Mathew Cohen
My areas of expertise are business intelligence, data analytics and research. I have a BCom Law Degree, and am currently studying my Bachelor of Commerce Honours degree in Business Management. My work experience includes being a data specialist for Ocean Basket International, and I am currently a writer for the 90min football media platform and the Times of Israel.